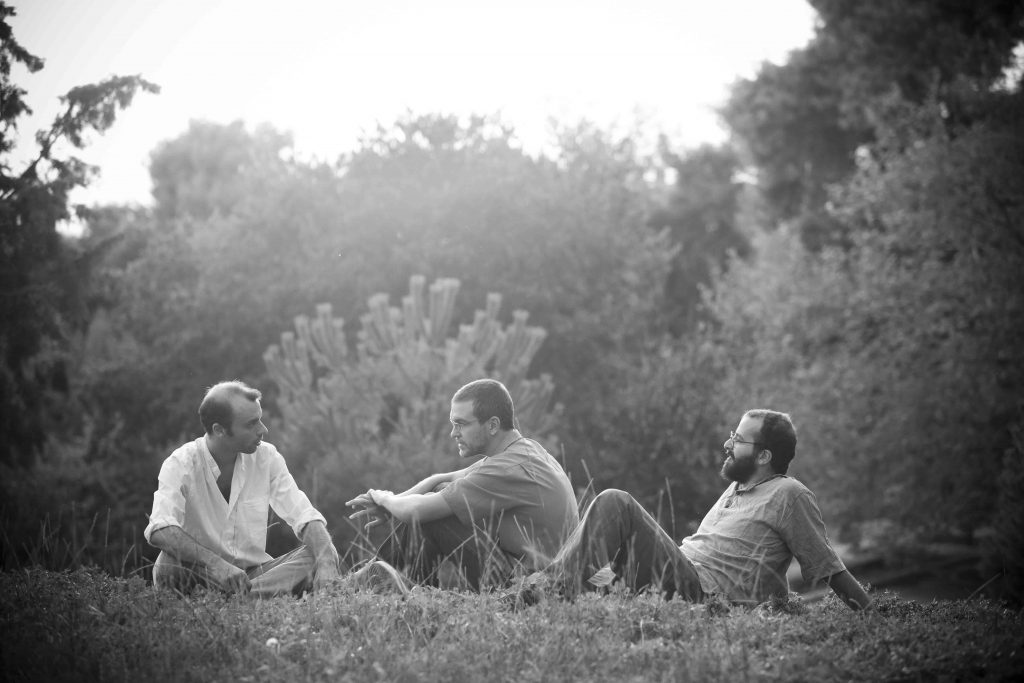 Their newest album No Time (2016 / AN Music) takes them a step further in defining their vision for the music of the trio: 13 original compositions where one will find, far away from chattering , precision and clarity in every note, the element of freedom from various different improvisational music worlds that connect south-european modality to mainstream music and two songs: one with lyrics borrowed from W. Shakespeare and one with original lyrics.

In No Time Magnanimus Trio carefully choose its sounds, blending seemingly different elements from minimalism, contemporary classical & jazz genres and sufi music, at times echoing the romantic narrations of Sigur Rós, E.S.T., Robert Wyatt, at others touching the monolithicity of Arvo Pärt, Stephan Micus or Steve Reich, and ultimately consolidating the sound of a inventive trio which resists easy categorization and based in the South of Europe refers to a universal sound.